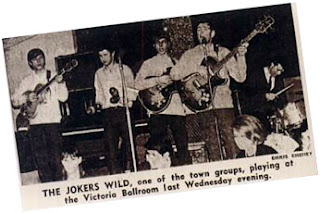 Jokers Wild were a Cambridge based band which performed from 1964 to 1966 and included Pink Floyd's David Gilmour as a band member.

Below is a list of the full band and some of the locations they performed.

Their only releases were a privately-pressed, single-sided album catalogue number (RSLP 007) and single (RSR 0031), of which only  fifty copies were made of each. The recordings were made  at Regent Sound studio, in Denmark Street, London.

The album featured the five songs:

"Why Do Fools Fall in Love" 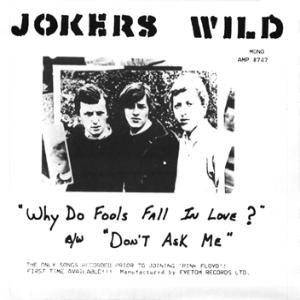 The single was  "Why Do Fools Fall in Love".backed with "Don't Ask Me (What I Say)"

These articles may also be of interest: Pink Floyd's Cambridge Roots
The Beatles in Cambridge

Posted by Fonz Chamberlain at 14:27