Reality Checkpoint is the name given to a lamp-post in the centre of Parker's Piece, which is believed to be the oldest electrical lamp-post in Cambridge. 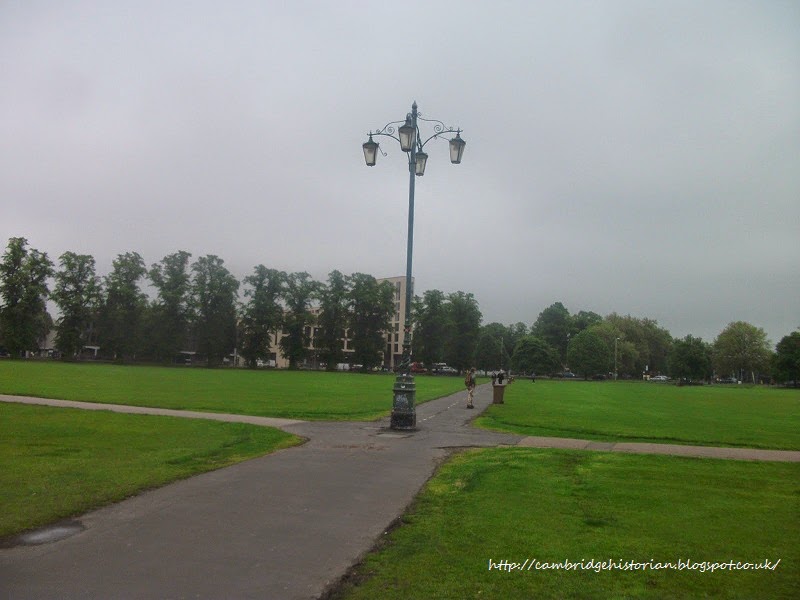 On researching the age of the lamp-post it was hard to locate a date for it's original erection, there are rumors it was put up in 1894, after it was requested the year before by local residents. It is also reported damage was made to it during the VJ celebration by American GI's and in 1947 repair work by local firm George Lister & Son was undertaken.

There are many tales of how it got the name 'Reality Checkpoint' and below is four of the more well known stories.

Story 1 : In the early part of the 20th century this area would become very foggy during the autumn months and it was hard to see even directly in front of you, so you would have no idea where you were. It is thought  people would stumbled through the fog and reaching the lamp-post they would know they were at the centre of Parker's Piece  and because of this it would give them a sense of reality to their location.

Story 2 : After a night of drinking in a nearby public house it is thought when a drunken person crossed Parker's Piece and reached the lamp-post this was the time to walk like a sober person, like in the real world and reality, it was a sign to snap out of the drunken state before passing the Police Station in Parkside.

Story 3 : The lamp- post is found in the middle of two paths that intersect, so anyone who is in a daydream and don't turn into reality will more than likely walk into the lamp-post, hence 'reality
checkpoint'

Story 4 : The lamp-post marks the end of the University and the beginning of the town ( Mill Road side ), so you were either entering or leaving reality. 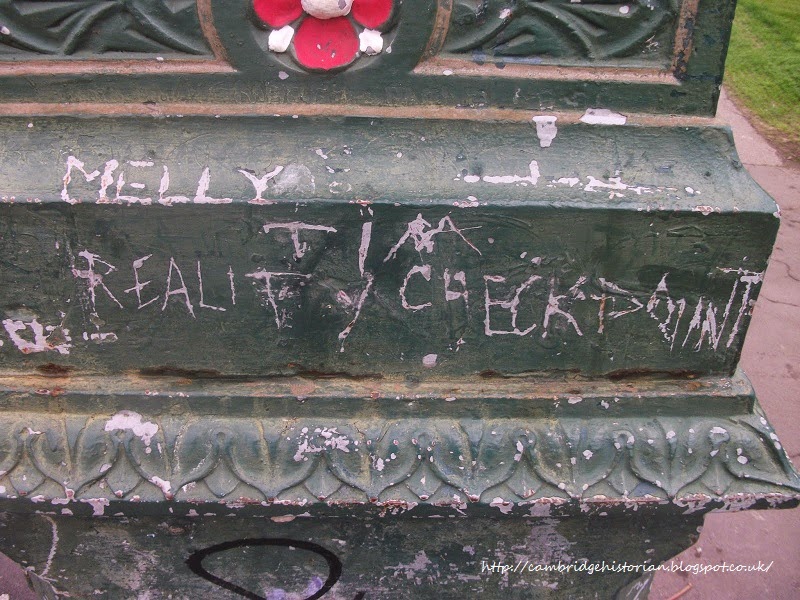 There are many more tales, but these are the more commonly known ones.

It is believed the name was first painted on in the early 1970s by students from the Cambridge College of Arts and Technology ( now known as Anglia Ruskin University) and since been repainted on number of occasions when it got removed. In recent years it as been scratched in the paint work.

In the late 1990's a unofficial plaque with it's name was added, but was later taken down by the council.