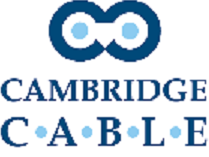 In the years that followed Cambridge Cable gained backing from the Comcast Corporation, a major cable network which operates in the United States and Singapore Telecom.

The company later managed to obtain Stort Valley Cable LTD and was awarded the franchise for Harlow, Bishop Stortford and Sawbridgeworth in November 1992. They provided the service under the name Anglia Cable Communications.

During 1993 the company expanded with services by their East Coast Cable franchise covering Colchester to later be followed by Ipswich and Felixstowe.

In 1999, the Cambridge Cable Group, which it was now known and had operating franchises under the names Cambridge Cable, Anglia Cable, East Coast Cable and Southern East Anglia Cable became part of NTL Incorporated. The company is now part of Virgin Media.